Window Tinting — Not a DIY Project

Window Tinting — Not a DIY Project 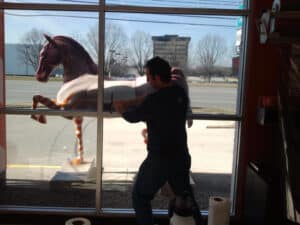 One of the most valuable skill-sets you can have is general handiness around the house. Why call an expensive carpenter to mount a shelf or fix a leaky faucet, when you can do it yourself with just a few simple tools and a little know-how?

It’s a great attitude to have, but every handyman worth his salt also recognizes the limitations of his skills. A poorly done hack-job is never worth the money saved from skipping the professional.

Let the experts at Galen’s Tinting offer one bit of advice: Window Film is not a DIY Project.

Even if you don’t choose us to install your window film, we ask that you choose someone who is certified to install window film and who does quality work. But why is this such a difficult job for the layman? 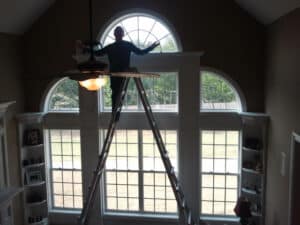 When applied correctly, window tinting is completely unnoticable. However, improperly applied window tinting leaves unslightly bubbles and wrinkles, and the film can also lift or peel around the edges over time.

Have you ever had difficulty applying a screen protector to your phone? Now imagine that, but 50 times as big.

Badly installed window film also reflects poorly for the industry overall. Everyone has seen bad window jobs and thinks “that’s how they all must be.” But that’s not true at all — there’s nothing wrong with the window film, only the window film installer.

Additionally, an expert’s advice is invaluable when deciding which type of film is best for your windows. Most varieties of window film are available for anyone to purchase, but there are many pitfalls:

Galen’s Tinting has an outstanding service record, with a decade long list of satisfied customers and thousands of flawlessly completed jobs. We are an owner-operated company that specializes in providing window tinting, blinds, shades and shutters. Even if you don’t go with our company as your contractor of choice, we can guide you in the right direction to complement your home or business with great looking quality window treatments. Our service is fast and friendly and our goal is always 100% customer satisfaction. But no matter what, hire an expert and don’t leave the installation to chance!

Enter Your Email and we'll get back to you Within 1 Business Day!